"Is The Noise I Hear From An Important Quarter?"

The quiet, self-contained life of a hedgehog seems romantically preferable to the noisy world in which we abide.  As C. H. Sisson notes in the poem that appeared in my previous post:  "The noise is more/Than ever it has been before."  A great deal of this noise comes in the form of "news" (an extremely loose term in this day and age).  The following poem by Sisson may serve as a further comment on the theme of "noise."

They live in the excitement of the news.
Who is what?  What is that?  And is the noise
I hear from an important quarter?  When
Is what to happen?  Who is what, finally?

Finally nobody is anything.
That is the end of it, my busy friend
And just as what you hear has no beginning
It has, assuredly, no certain end.

The end that comes is not the end of what,
The end of who perhaps, and perhaps not;
The rattle and the flashing lights are over,
Death is overt, but all the rest lies hidden.

Think of what you will, nothing will come of that,
What you intend is of all things the least;
As you spin on the lathe of circumstance
You are shaped, it is all the shape you have. 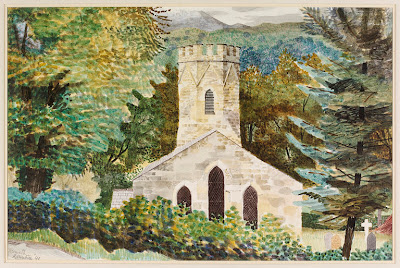 Perhaps one of the secrets of freeing oneself from the news -- of becoming hedgehog-like -- is to come to the realization that there is no "important quarter" from which one can expect to hear news.  There are no important quarters out there.  All perspective has vanished, along with all credibility and decency.  Mary Coleridge has the right idea.

Mary Coleridge wrote "No Newspapers" in 1900, and thus had not yet encountered radio, television, and what not.  Hence, perhaps we may silently consider "newspapers" to include a host of evils unknown to her. 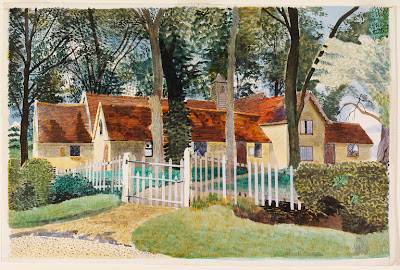 I like this idea of becoming a hedgehog by freeing oneself from the news. I think of Isaiah Berlin’s distinction between the hedgehog and the fox, the hedgehog being the master of one piece of information (aka your typical academic, among many other archetypes) and the fox the dilettante dabbler who can navigate all information but masters none (aka your typical journalist, as well as most politicians, etc.). The information age it seems to me has ripped away the veneer of credibility (“important quarters”) from the old-style news and newspaper-based distribution system to reveal it as a skulk of foxes, either of the dabbling or devious kind. On any major U.S. issue of the past decade or so, from 9/11 to the Middle East wars to the Great Recession, the experts (those demolition engineers, nuclear inspectors, mortgage actuaries, etc. ) have always gotten it right and the news has always gotten it hopelessly wrong. But it is of course never that easy. One has to seek out and assimilate the perspectives (and agendas) of many different people in a vast three-dimensional proximity game, when in the past one could simply accept what one was told as roughly true, roughly objective. Human nature being what it is, and time constraints being what they are, the internet, that vast potential beacon of enlightenment, inevitably devolves for many into a he-said, she-said game of perspective – opinions are like a**holes, you’re a hypocrite because you do the same thing, my facts cancel out your facts. Message boards and the increasingly “polarized” mainstream news is filled with this kind of childish noise. And, as Kuhn predicted and many recent studies have affirmed, people become even more rigid in their belief systems as facts come forward to challenge them. What’s a poor would-be hedgehog to do? Hide in the hedge or risk being spied by an omniscient owl?

Now that you’ve got my own 60,000 foot “perspective” I suppose I should talk about these interesting poems. The Sisson one is a bit hard for me; I can’t quite place the “they,” “you” and “I” in it. “They” seem to be the consumers of news who go crazy trying to figure out what comes next, “you” someone who’s inquired of these consumers of information, and “I” the speaker of the opinion piece poem who in answering the “you” makes him or her one of the “they,” “shaped” by “the lathe of circumstance.” I believe the equation here is that just as you can’t know enough about the “facts” in the news to know what’s really going on, you can’t see inside of others clear enough to know them – “all the rest lies hidden.” How one gains their very identity by attending to false assumptions about others is a connection I can’t fathom. Of course, the “they” could be the “you” and the whole thing could be about the news, but it’s left ambiguous enough to suggest there’s something deeper at work.

The Coleridge poem is a lovely song of the more conventional sort: what does the world without the news of the day look like? It’s all, she slyly asserts, in the energy we put into it. We can find the same meaning in moss and leaves. I agree, since moss and leaves are far more interesting conversationalists than pundits.

Mr. Sigler: With regard to the Sisson poem, I believe a great deal can be explained by the fact that he was a devout Anglican. As to the "they" and "you" and "I", I like to think that they are all Sisson: despite his acerbity, he was very self-effacing, and would not have exempted himself from what he is diagnosing.

I respectfully disagree with you with regard to your suggestion that "the experts . . . have always gotten it right." "Demolition engineers" "got it right" with respect to 9/11? I definitely think not! I hear squalid and nutty tin-foil hat conspiracy theories in the background, which makes me very uneasy. I hope that I have misunderstood the drift of what you seem to be suggesting.

All of these self-styled "experts" have their own axes to grind as well. And one of the problems with the modern world (in my humble opinion) is that we defer way too much to "experts." Saul Bellow and Walker Percy have a great deal to say about this. No, no, we do not need any more "experts."

Again, please see this as a friendly disagreement.