There is something to be said for staying the course.  (While being mindful that "everything passes and vanishes," as William Allingham writes.)  Or does staying the course only seem admirable from without?  Perhaps what is seen as faith and fortitude from the outside is resignation and habit from the inside.  On the other hand, this line by Bob Dylan has haunted me for quite some time (since 1975, to be exact):  "And old men with broken teeth stranded without love."  ("Shelter from the Storm," Blood on the Tracks.)

The following poem by Bernard O'Donoghue is, along with Norman MacCaig's "Old Couple in a Bar," offered as a further commentary on (i.e., an attempt to escape from) Charlotte Mew's "frozen ghosts" of Brittany. 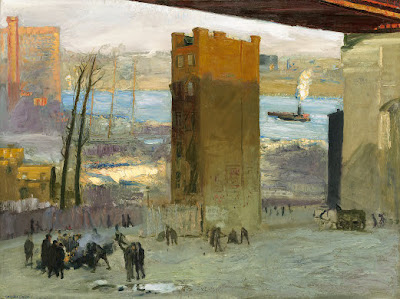 He had been unfaithful once, unlikely
as that seemed when, silver-haired and blind,
he let her lead him up the aisle each Sunday.
Some Jezebel, the story was, had lured him
off to Blackpool one weekend, long in the past.
I went along to Mass when I came home,
and enjoyed hearing the praise on every side
of such an exemplary grandnephew.
After he died, she moved to sheltered housing
somewhere near Parbold in the scenic north
of Lancashire, but we sometimes still went
to take her to Mass, tearfully sniffing
into her scented hankie, recalling George
and how she missed his arm upon her shoulder. 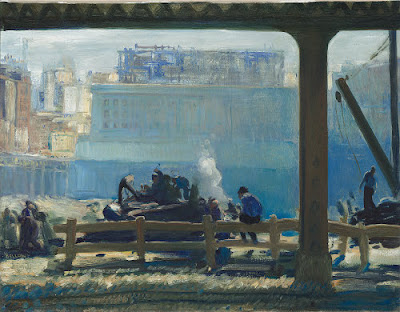