September and -- strange to say -- it is 90 degrees and clear in the Land of Mist and Moss.  It seems an odd time to be thinking of wolves.  Such thoughts seem better suited to a bleak mid-winter night.  But I have been mulling over the first stanza of Patrick Kavanagh's "To a Child," which appeared in my previous post:

Child, do not go
Into the dark places of soul,
For there the grey wolves whine,
The lean grey wolves.

The wolves are inside as well as outside.  They have a way of finding us out, don't they?  Are you craven?  Vain?  Disingenuous?  Hypocritical?  The wolves know.  And no amount of rationalizing and speechifying can save you. 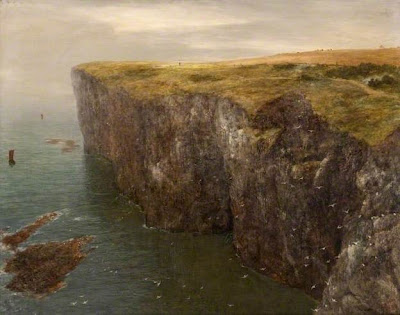 The grey wolf, crouching by the bolted door,
Waits, watching for his food upon the floor;
I see the old hunger and the old thirst of blood
Rise up, under his eyelids, like a flood;
What shall I do that the grey wolf may go?
This time, I have no store of meat to throw;
He waits; but I have nothing, and I stand
Helpless, and his eyes fasten on my hand.
O grey wolf, grey wolf, will you not depart,
This time, unless I feed you with my heart? 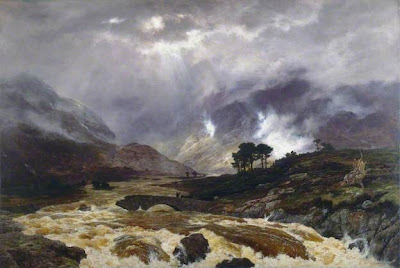 "Wolves," which has appeared here before, is one of Louis MacNeice's best-known poems.  But I prefer this:

'What is it that goes round and round the house'
The riddle began.  A wolf, we thought, or a ghost?
Our cold backs turned to the chink in the kitchen shutter,
The range made our small scared faces warm as toast.

But now the cook is dead and the cooking, no doubt, electric,
No room for draught or dream, for child or mouse,
Though we, in another place, still put ourselves the question:
What is it that goes round and round the house? 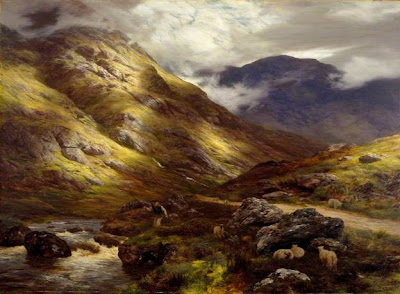 In Gilbert HIghet's "Poets In A Landscape," a wonderful book about the classical Roman poets and the Italy they lived in (the book has some marvelous photographs), beginning with Catullus and ending with Juvenal, Highet's mentions that one day while Horace was wandering about his Sabine farm, a gift from his patron Maecenas, he encountered a wolf, a literal one:

" . . . and once when he [Horace] was alone and unarmed, he met a wolf in the forest. He was composing poetry--one of the 'Odes--and with rare good taste the wolf forbore to interrupt him."

Chalk up a rare win for poetry.

Anonymous: thank you very much for that anecdote. It fits well. Highet's book has been sitting on my shelf -- unread, I'm ashamed to say -- for years. Last year, a long-time friend recommended it to me, and I resolved to read it. Alas, I didn't. Your comment may at last tip the scale!