"And Went With Half My Life About My Ways"

A. E. Housman had one great love in his life, and that love was unrequited. The object of his affection was Moses Jackson, one of his roommates at Oxford.  It has been suggested that two crucial periods in Housman's relationship with Jackson set off the widely-separated flurries of writing that produced the poems contained in the two collections that Housman published during his lifetime.  In 1885, Housman realized that Jackson was only interested in friendship; in 1887, Jackson moved to India; in 1889, Jackson was married.  A Shropshire Lad was published in 1896.

In 1911, Jackson emigrated to Canada, never to return to England.  Early in 1922, Housman learned that Jackson was dying of cancer.  Housman then rushed to complete the poems that were included in his final collection, Last Poems, which was published in October of 1922.  On the day of its publication, Housman sent a copy of the volume to Jackson, who was now approaching death.

Jackson responded to the gift of the book by writing a letter to Housman that adopted the jocular, matey tone the two took with each other.  In the letter, Jackson, in passing, mentioned the dire state of his finances, with no intention to solicit assistance from Housman.  Housman received the letter on January 1, 1923, and replied on January 4.  In his reply, he wrote:

"On the copies of the new book [Last Poems] already sold in England there will be due to me royalties of about 500 Pounds.  As I cannot be bothered with investments, this will go to swell my already swollen balance at the bank unless you will relieve me of it.  Why not rise superior to the natural disagreeableness of your character and behave nicely for once in a way to a fellow who thinks more of you than anything in the world?  You are largely responsible for my writing poetry and you ought to take the consequences."

Jackson died on January 14, before Housman's letter arrived in Canada.

On January 17, Housman wrote a letter to A. W. Pollard, a mutual acquaintance, informing him of Jackson's death.  The letter closes as follows:

"I had a letter from him on New Year's Day, which he ended by saying 'goodbye.'  Now I can die myself:  I could not have borne to leave him behind me in a world where anything might happen to him." 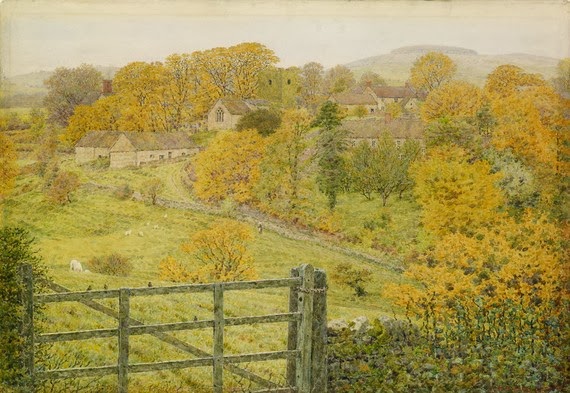 Heart-rending stuff, I'd say.  Over the years, Housman addressed these circumstances in his poetry by alternating between stoic resignation (although Housman vehemently denied that he was a Stoic in the Greek and Roman philosophical sense) and despair.  Here, then, is resignation in despair:

I promise nothing:  friends will part;
All things may end, for all began;
And truth and singleness of heart
Are mortal even as is man.

But this unlucky love should last
When answered passions thin to air;
Eternal fate so deep has cast
Its sure foundation of despair.

I suspect that quite a few of us can sympathize with this approach to the situation, given the available options.  There may be a bit of romantic idealization (self-deception?) in the mix, but it beats self-destruction.  And, after all, who knows?  We're talking about love.  None of us is in a position to second-guess the emotions of another human being when it comes to love.  In this regard, I agree with Philip Larkin:

"Housman is the poet of unhappiness; no one else has reiterated his single message so plangently. . . . If unhappiness was the key to poetry, the key to unhappiness was Moses Jackson.  It would be tempting to call this neurosis, but there is a shorter word.  For as Housman himself said, anyone who thinks he has loved more than one person has simply never really loved at all."

And then there is this.  Ah, this is the one that breaks your heart.  It was published after Housman's death. 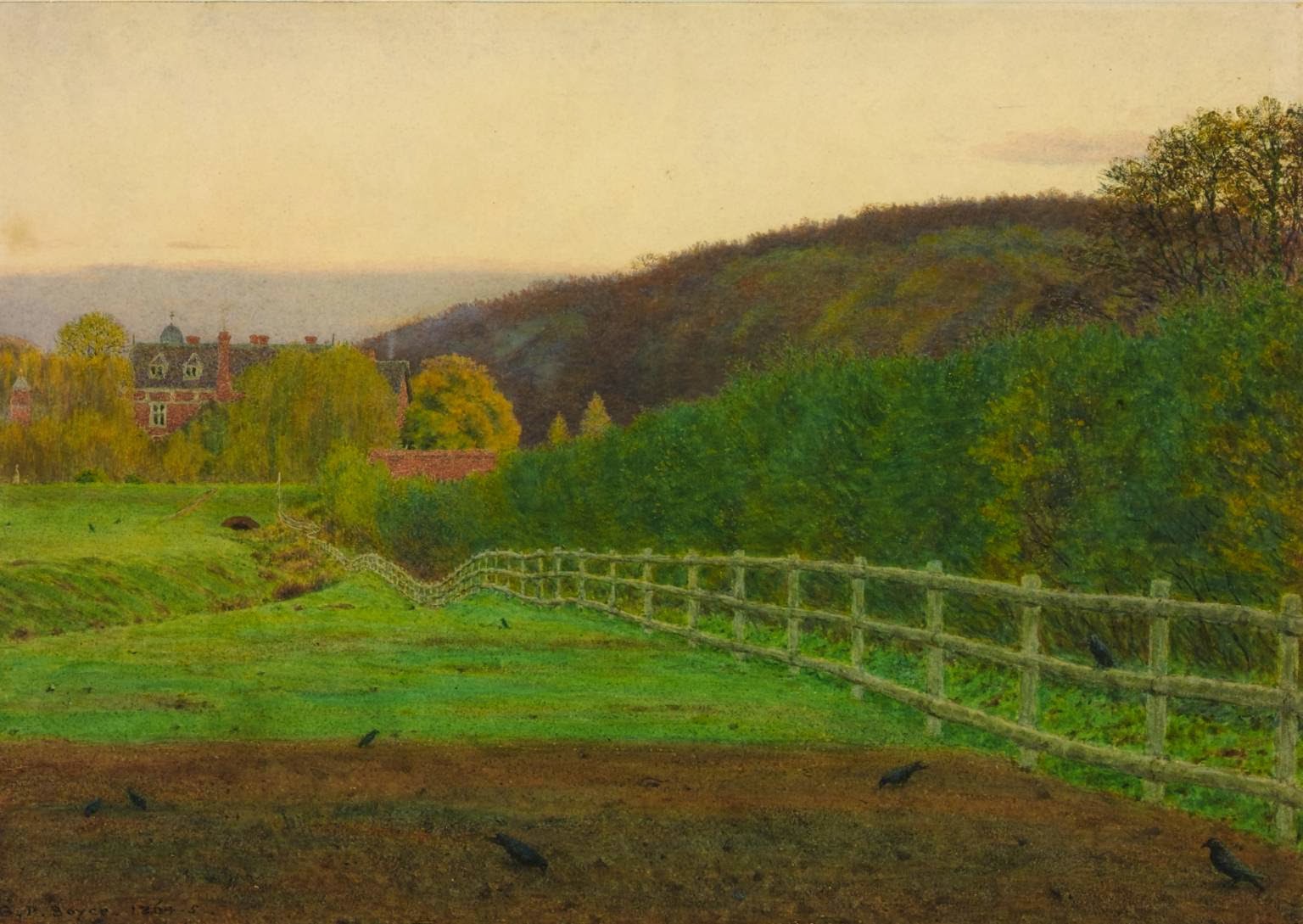 It does indeed break your heart. But so beautifully.
Thank you for today's poems and thoughts - and the accompanying paintings. Just brilliant.
Mary

Many thanks. I didn't really know much about Housman the man. That's a very sad story, but somehow almost what one might expect after reading his poetry.

Mary: thank you very much for the kind words. I'm pleased you liked the post -- sometimes the Housman mood comes over me, although it can be wrenching to read him!

As always, thanks for visiting.

Sam Vega: you're very welcome. I try not to do too much of this linking between a poet's life and his or her poems, but I think that, in Housman's case, this central fact of his life is essential to the creation of his poetry.

But I also agree with your thought: even without knowing the details, the essence of what haunted his life does come through in the poems.

Thank you very much for your thoughts, and for stopping by again.

I just recently found your blog. It's great. This post v poignant. And the paintings. American lawyer/academic in Tolyo.

SBG: thank you very much for your kind words. I'm happy you found your way here, and I hope you'll return. Thanks again.

Wonderful blog. I am going through some darkest moments myself...serendipitously, I found your post. I started to read more about Housman and his poems. I love the simplicity, restraint and poignancy of Housman's words. They remind me of Brahms.

Thanks for reacquainting me with poetry's unique powers to console.

Mr. Yang: Thank you very much for your kind words about the post. I'm happy that you came across Housman's poems at a time when they may be of comfort to you -- I know that they have often played such a role in my life. Your characterization of his poetry -- "the simplicity, restraint and poignancy of [his] words" -- articulates wonderfully the feelings that I have about his poetry as well.

I'm pleased that you found your way here. I hope you'll return. Thanks again.