As I have remarked before (stating the obvious, I realize), one of the pleasures of reading poetry is the way in which one poem leads to another. One can take a long journey through the ages and across the globe by letting one poem hand you off to the next poem.  But it will not be a straight-lined journey, for you will find yourself heading off on diverting detours.  Thus, for instance, the following untitled poem by A. E. Housman carries echoes of at least two other poems.

The night is freezing fast,
To-morrow comes December;
And winterfalls of old
Are with me from the past;
And chiefly I remember
How Dick would hate the cold.

Fall, winter, fall; for he,
Prompt hand and headpiece clever,
Has woven a winter robe,
And made of earth and sea
His overcoat for ever,
And wears the turning globe.

"Winterfall" (line 3) does not appear in The Oxford English Dictionary.  A lovely word. 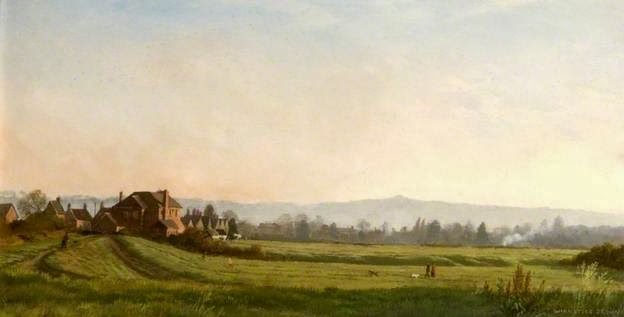 The second stanza of Housman's poem brings to mind a poem by William Wordsworth (of which I have sung the praises on more than one occasion).

Several commentators have noticed the parallels between the two poems, but no one knows whether Housman's echo of Wordsworth was conscious or subconscious. 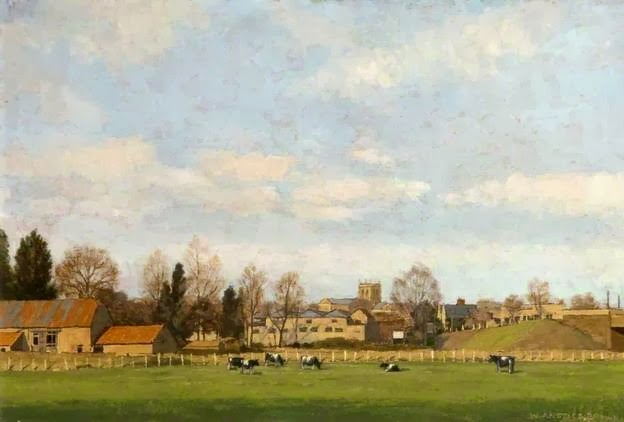 And, in a different direction, "fall, winter, fall" in the first line of the second stanza leads us to this:

Emily Bronte, The Complete Poems (edited by Janet Gezari) (Penguin 1992).  The poem is unpunctuated, as it appears in Bronte's manuscript.  It was not published during her lifetime.

Whether Housman used "fall leaves fall" as a model for "fall, winter, fall" we do not know.  It is likely mere happenstance, which is just as well:  I am not suggesting that somebody should write an academic paper on "The Influence of Emily Bronte on A. E. Housman."  God forbid!  No, I am simply suggesting that, for purposes of our poetic journey, these sorts of serendipities can carry us from one place to the next. 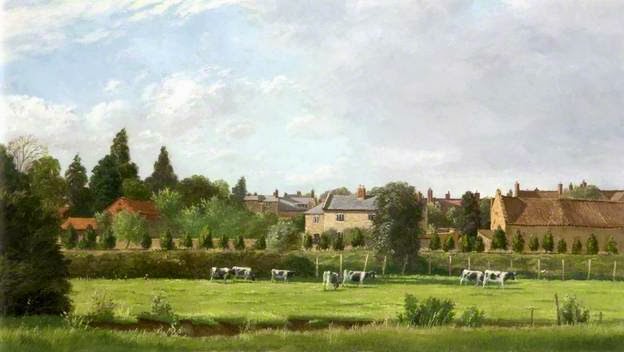 I love these journeys. I'm always surprised at where I end up, as well as surprised at the stopping points along the way. Most often they are poems I haven't thought of for many years.

I thought of you this morning when I saw this poem. I dismissed the thought. Now it is this evening and the thought came back. So here is the poem. The Moor by R. S. Thomas

It was like church to me.
I entered it on soft foot,
Breath help like a cap in the hand.
It was quiet.
What God was there made himself felt,
Not listened to, in clean colours
That brought a moistening to the eye,
In movement of the wind over grass.

There were no prayers said. But stillness
Of the heart's passions--that was praise
Enough; and the mind's cession
Of its kingdom. I walked on,
Simple and poor, while the air crumbled
And broke on me generously as bread.

Fred: as I've noted before, I've hardly scratched the surface in terms of what I ought to have read, but, as you say, it is surprising how one thing leads to another. As long as the memory holds up! (Knock on wood.)

Ultra Monk: wonderful! Thank you very much. The entire poem is lovely, but I particularly like: "the mind's cession/Of its kingdom."

And, since one poem leads to another, a couple of other poems (which you are no doubt familiar with) by Thomas come to mind: "Moorland" (which begins: "It is beautiful and still; the air rarefied/as the interior of a cathedral") and "In a Country Church" (which begins: "To one kneeling down no word came,/Only the wind's song").

Again, thank you: I greatly appreciate the gift. Now you've got me in the mood for reading Thomas. Thank you for visiting again.

Thank you for this and your last post on Housman. Heart-rending indeed.

I stopped and went to listen to Butterworth's setting of When the Lad for Longing Sighs (A Shropshire Lad) sung by Anthony Rolfe Johnson, whose Hyperion recording of song settings inspired by A Shropshire Lad is interspersed with Alan Bates reading the Housman. It's a gem of a recording.

Poem XX had a ring about it for me, and I went looking for Donne, and found his A Valediction of Weeping; this the middle stanza:

On a round ball
A workeman that hath copies by, can lay
An Europe, Afric, and an Asia,
And quickly make that, which was nothing, All,
So doth each teare,
Which thee doth weare,
A globe, yea world by that impression grow,
Till thy tears mixt with mine doe overflow
This world, by waters sent from thee, my heaven dissolved so.

And as for Ultra Monk's contribution of Thomas' The Moor, well, it took me somewhere I haven't been for quite a while ...

A belated Happy New Year, and thank you for all your work here. I love that your posts serve as 'stepping stones' for so many us.

Eamonn: Happy New Year to you as well. It's very nice to hear from you again.

I'm ashamed to say I hadn't known of George Butterworth. As I remarked in a recent comment, I am fortunate to have a number of readers (you among them) who are extremely knowledgeable about song settings of poems, and who have introduced me (ignorant on these matters) to a whole new world.

And Butterworth's life is heart-rending too, isn't it? Yet another life of promise lost in that war! I am going to delve into his music and life further. I now find that he and Ralph Vaughan Williams (whose music I love) were close friends. As I type this, I am listening to "The Banks of Green Willow," which I have just discovered, thanks to you.

And thank you for the Donne poem, which is also new to me: perfect.

Yes, I'm very grateful for Ultra Monk's contribution of "The Moor" as well. It took me by surprise, and makes me want to head off in Thomas's direction.

Well, this series of comments has certainly shown that one thing leads to another!

Stepping stones indeed.
The end of "The Moor" is unexpected & breath-taking. I have felt that, walking outdoors, but could never have articulated it.
Susan

Susan: Yes, "The Moor" is a marvel, isn't it? It is the sort of poem that keeps me returning to Thomas, although his vision can be bleak (and grumpy) at times. At some point he comes upon the sorts of moments that you refer to in the final lines, and all seems redeemed.