"He Too, A Restless Sea-Bird, Roams The Wave"

My previous post contained a poem by Li Po in which he likened himself to a gull suspended between earth and sky:  "Drifting, what am I like?/A gull between earth and sky" or "Floating on the wind,/What do I resemble?/A solitary gull/Between the heavens and the earth" or "Fluttering, fluttering -- where is my likeness? /Sky and earth and one sandy gull" (depending upon the translator).

Half a world away, and about 12 centuries earlier, the Greek poet Callimachus (c. 310 BC- c. 240 BC) expressed similar thoughts about our human lot.

Stranger, whoe'er thou art, found stranded here,
O'er thee Leontichus heaped up this grave,
Whilst at his own hard lot he dropped a tear:
He too, a restless sea-bird, roams the wave.

Callimachus (translated by Henry Wellesley), in Henry Wellesley (editor), Anthologia Polyglotta: A Selection of Versions in Various Languages, Chiefly from The Greek Anthology (1849).

For purposes of reference, a prose translation from a 20th-century edition of The Greek Anthology may be helpful:

"Who art thou, shipwrecked stranger?  Leontichus found thee here dead on the beach, and buried thee in this tomb, weeping for his own uncertain life; for he also rests not, but travels over the sea like a gull." 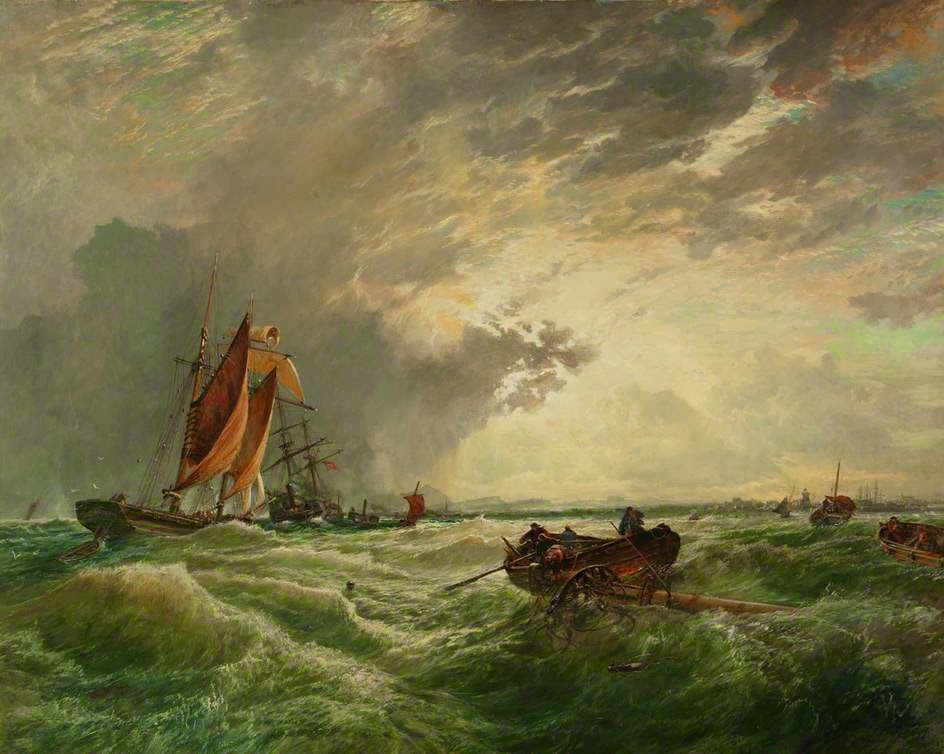 Here is another versified translation of Callimachus's poem:

Whoe'er thou art that on the desert shores,
Leontichus has found, he lays to rest;
While his own life of peril he deplores,
With sweet repose, oh never, never blest:
Condemn'd to travel o'er the watry plain,
And, like the corm'rant, rove about the main.

I am particularly fond of "with sweet repose, oh never, never blest."  I suspect this takes some liberty with the Greek original, but it is very fine nonetheless. 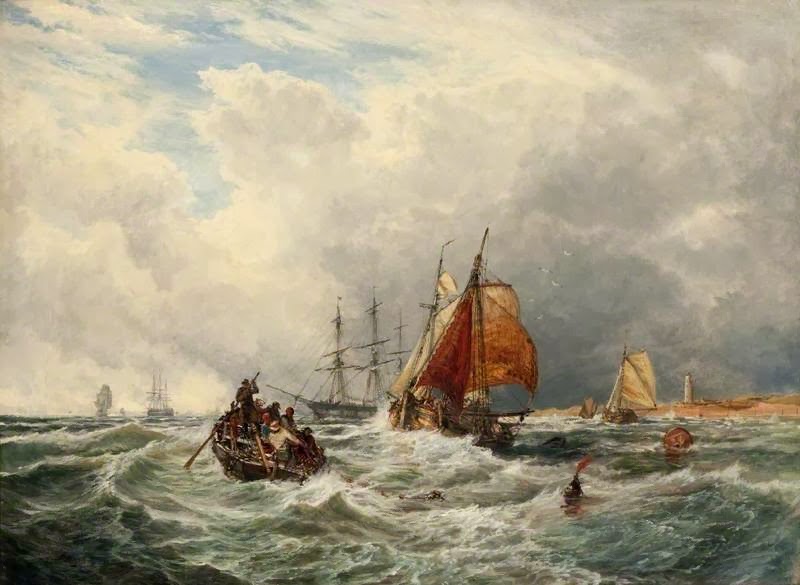 Whoe'er thou art in tempests lost
And driv'n ashore by surges tost,
Leontichus laments thy doom,
And lays thy body in this tomb;
But mourns his own unhappy state,
Expos'd, like thee, to certain fate;
Expos'd to plow the wat'ry plain,
Or, like a sea-mew, skim the main.

The English versifications by Wellesley, Todd, and Tytler no doubt contain some flourishes that are at variance with the Greek original.  Still, I cannot say that this is to be regretted.  (Easy for me to say, with my absence of Greek!)  I think that all three versions are lovely, and I find it difficult to choose a favorite between them.

An aside:  in a footnote to his translation, Tytler provides some cultural background to the setting of the poem:

"As the ancients imagined no misfortune so great as remaining unburied after death, so no pious act was reckoned equal to that of bestowing the rites of sepulture on a dead body when found by accident. Because it was the common opinion that the souls of the deceased were obliged to wander from place to place, upon the banks of the river Styx, till their bodies had received the funeral rites." 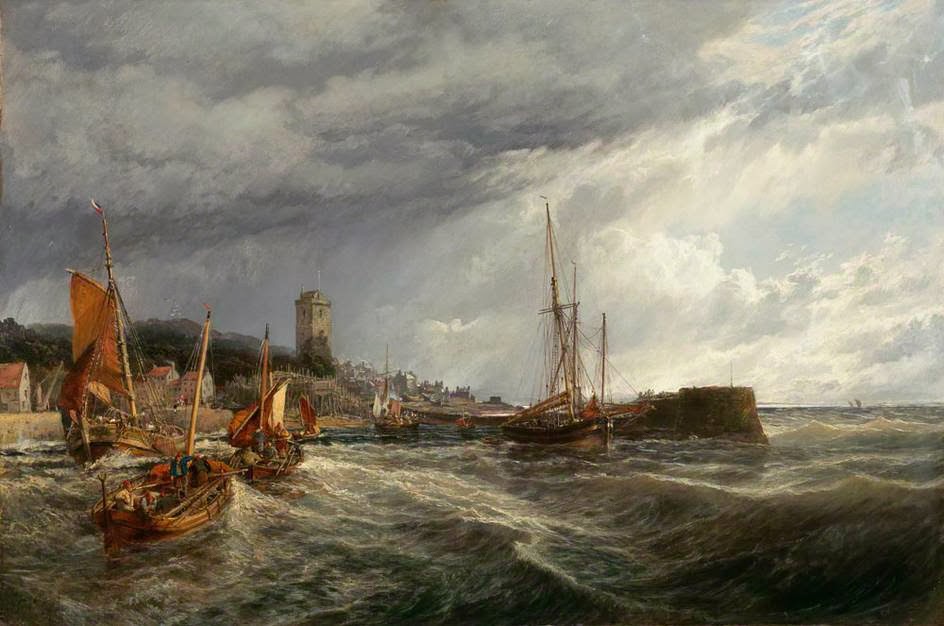 The ending of today's post brings to mind the tale of Elpenor. (Wiki): 'When Odysseus is eventually convinced by his shipmates to leave Circe's island, Aeaea, a still-drunk Elpenor is woken up in the morning by the sound of his crewmates packing up and leaving. Trying to get down from the roof of Circe's stone house to join his comrades, the drunken Elpenor misses a step on the ladder and falls to the ground, breaking his neck. Because his crewmates are in such a hurry leaving the island - they had been there for about a year already - they do not notice Elpenor's absence. Later in Book XI, when Odysseus is making a sacrifice to meet the shade of Tiresias, he is surprised and upset to see Elpenor's shade, so he calls out to him and asks him how he came to be there. Elpenor tells the same story as described above, before begging Odysseus to give him a true burial. He pleads for Odysseus to return to Aeaea to find his body so that he can be cremated, and then buried, in his full set of armor. Finally, he asks to be given an anonymous burial with the oar he pulled to mark his grave. This is because he wants to be remembered as a sailor, as opposed to a drunkard who died a strange and dishonorable death. This is a clear example of the Greek belief in Kleos, or honor, in their daily life: for the Ancient Greeks, it was always better to die young with honor as opposed to surviving to old age but without accomplishing much. Clearly, Elpenor is embarrassed to have died young without any honor, and seeks to hide his true fate from everyone else.'

You quote again three lines that pre-occupied and have stayed with me since reading "A Gull Between Earth and Sky". In your earlier post I found myself tripping over a subtle change in point of view - I read Watson comparing the gull to the man, while Seth and Whincup both liken the man to the gull.

That post prompted me to reflect upon the power that translators wield, when acting as our bridge to poems in other languages.

Now, here again we can see a subtle difference among your trio of translators. For two of them, Leontichus is like the sea-bird. For Wellesley he is the bird.

By offering three translations side-by-side, you again alert me that such seemingly small changes do influence and affect my personal appreciation of the translations quite profoundly. Thank you for that.

Your inclusion of paintings also gives me to reflect on their immediacy. We do not have the same obvious need of translators to appreciate visual art. Can we therefore understand the intent and meaning of a 'foreign' artist more easily than a wordsmith?

Maybe, maybe not. I do receive daily reminders of how differently any two people can experience their world, even when they think they are looking at or reading the same thing.

Thank you, Stephen Pentz. I appreciate your blog posts for their generosity in so freely sharing with us your perspective on poetry and art, while creating space and stimulus for each of us to reflect upon our own.

Archy Carroll: thank you very much for visiting, and for the reference to Homer, which I hadn't thought of. And here's something interesting: the footnote by Tytler also contains a reference to The Illiad, which I didn't quote in my post because of length. The footnote that I quoted in the post continues as follows: "As we find described at large in the twenty third Illiad:

Let my pale corpse the rites of burial know,
And give me entrance in the realms below:
'Till then, the spirit knows no resting place,
But here and there, th' unbody'd spectres chase
The vagrant dead around the dark abode,
Forbid to cross th' irremeable Flood."

So you are in company with H. W. Tytler in your knowledge of Homer (which far exceeds mine!).

I have been listening on my iPod to Joseph Conrad's "Youth." Wonderful tale, which the paintings by Bough bring to mind.

Anonymous: thank you very much for your kind words -- I greatly appreciate them. And please know that the gratitude goes both ways: I am daily prompted by comments such as yours to think more deeply, and from a different angle, about poems/paintings that I have posted, and about my accompanying text.

Thus, your comment about how we each experience the world -- and read poems and look at paintings -- differently is perfect when thinking about the various translations of the poems by Li Po and Callimachus. The reason that I often post various translations of a single poem is that I am unsettled in my own mind as to how to view the poem.

And I agree with you about how the 6 translators have approached the final, crucial lines of Li Po's and Callimachus's poems in slightly different, thought-provoking ways. I suppose those who are fluent in Chinese or Greek (not me!) might be most concerned about which of the translators got it "right." Which I understand. But I also think that the three translations of Callimachus are each wonderful in their own way, without, as you suggest, violating the integrity of the original text. They work as English poems, but they do not abandon the essential "foreignness" (both in cultural and historical terms) of the original.

And your point about paintings from a different culture is an excellent and intriguing one as well. I am reminded of a comment that was made in another post about the movie "The Mill and the Cross," which is a marvelous imaginative recreation of a painting by Breughel: we literally walk into the painting and its world. At the commenter's recommendation I watched it, and I realized that the painting is the product of a world that I can never hope to understand -- which doesn't diminish my admiration for the painting, but deepens it.

Goethe Girl: that's a wonderful thought! Now you've got me wanting to read Conrad. I immersed myself in his books during one period of my life, but I have only sporadically revisited him since -- now I feel like pulling out Typhoon (Captain MacWhirr!) and Lord Jim and Youth and all the rest and diving back in. I agree that Bough's paintings certainly evoke the Conrad mood.