"To Mend A World You Had Not Made"

My posts in the new year have all been, by chance, bird-themed.  Hence, a change of subject may be in order.  However, R. S. Thomas's "A Marriage" prompted a memory of the following poem by Michael Roberts (1902-1948), in which birds once again make an appearance.

That day the blue-black rook fell pitifully dead
You wept and stormed, tossing your lovely head,
Hurling commiseration into broken skies
That wept and wept, vainly as any eyes.

You pitifully wept, nor would be comforted
Till a bedraggled robin chirped unfed
Begging for comfort-crumbs, and sought your aid
To mend a world you had not made.

You who compassionately wept, be with me still,
Though the wind lash the dark, the wooded hill;
The hand that let the wild wet creature ache
Moulded the heart that grieves, but shall not break. 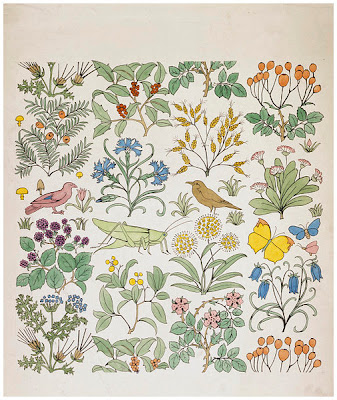 I suspect that some may find the poem to be too "sentimental" (i.e., a dead rook, a bedraggled robin, a weeping child).  In fact, Roberts was not a sentimental type.  He is probably best known now as an anthologist who championed the political poetry of the Thirties.  In addition to writing poetry, he wrote prose works about science, philosophy, and politics (including an early study of T. E. Hulme).  Of course, this does not mean that he was incapable of writing a sentimental poem.

But, come to think of it, what of it?  After all, Roberts has written about something that actually occurred, a type of incident that I wager most of us have experienced in our lives.  If one is moved by such an incident, does that make one "sentimental"?  And I am sure that most of us (I would hope) have experienced pity.  Of course, a sea of ink has been spilled on the subject of pity by those who attempt to "analyze" exactly what it is, and to speculate on exactly what it means to feel pity.  Pshaw!

Pshaw! indeed. Odd how writings about feelings are so often dismissed. Thank you.

Happy New Year, Mary F. C. Pratt. Yes, somehow the idea developed in the 20th century that "sophistication" and "complexity" and "irony" preclude the direct expression of feelings. On the other hand, in American poetry at least, the concept of "confessional poetry" gained popularity, encouraging everyone to artlessly spill their guts. Both poles are misguided, I think.

As ever, thank you for visiting, and for your thoughts.