"When The Grey Moth Night Drew Near"

"Twilight" and "grey" are two of Arthur Symons's favorite words.  This is not surprising given the oftentimes ethereal and, well, twilit ambience of much of the "Decadent" poetry of the 1890s.  However, unlike many Decadent poets, Symons wrote a fair number of poems which have a natural setting (as opposed to being set in, say, an absinthe bar or some other seedy night-time establishment).

On Inishmaan (Isles of Aran)

In the twilight of the year,
Here, about these twilight ways,
When the grey moth night drew near,
Fluttering on a faint flying,
I would linger out the day's
Delicate and moth-grey dying.

Grey, and faint with sleep, the sea
Should enfold me, and release,
Some old peace to dwell with me.
I would quiet the long crying
Of my heart with mournful peace,
The grey sea's, in its low sighing.

Arthur Symons, Images of Good and Evil (1899).  Symons includes a note to the poem stating that it was written at Tillyra Castle on August 13, 1896. The phrase "some old peace" in line 9 reappears in "By the Pool at the Third Rosses," which was written at Rosses Point, Sligo, on September 1, 1896:  "some old peace I had forgotten" (line 19).

"On Inishmaan" is, I suppose, quintessential 1890s poetry:  "I would quiet the long crying/Of my heart with mournful peace," et cetera.  (Which, to my mind, is not necessarily a bad thing.)  Most importantly, however, one line makes it all worthwhile:  "When the grey moth night drew near." (And, close behind, "the day's/Delicate and moth-grey dying.")  Yes, it is dreamy and "Decadent," but it sounds lovely. 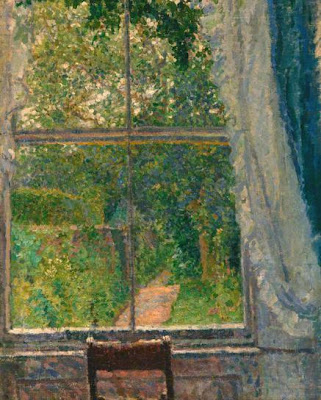 Arthur Symons, Amoris Victima (1897).  Symons notes that the poem was written in Dieppe (of course!) on August 22, 1895.  Earlier in his career, Symons wrote a three-poem sequence titled "Colour Studies," the first poem of which is titled "At Dieppe."  I think that "Twilight" also qualifies as a "Colour Study" of Dieppe. 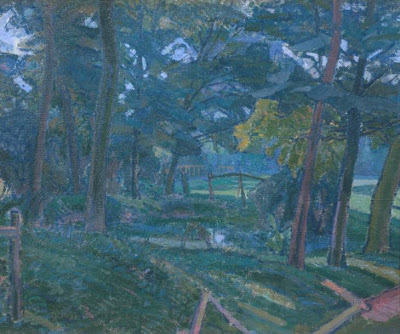