Life Explained, Part Six: "He Beholds The Sordid Assemblage Just As It Is"

A year prior to providing an Explanation of Life in "Madam Life's a piece in bloom" (which appears in my post for July 18, 2010), William Ernest Henley offered a less scandalous Explanation involving a Child, a Nurse, and a Fair.  The poem is untitled.  Henley dedicated it to his friend Robert Louis Stevenson.  Alas, the figure of Death again makes an appearance, but in a different guise. 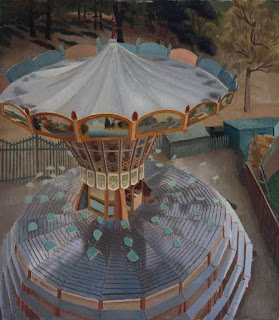 A Child,
Curious and innocent,
Slips from his Nurse, and rejoicing
Loses himself in the Fair.

Thro' the jostle and din
Wandering, he revels,
Dreaming, desiring, possessing;
Till, of a sudden
Tired and afraid, he beholds
The sordid assemblage
Just as it is; and he runs
With a sob to his Nurse
(Lighting at last on him),
And in her motherly bosom
Cries him to sleep.

Thus thro' the World,
Seeing and feeling and knowing,
Goes Man: till at last,
Tired of experience, he turns
To the friendly and comforting breast
Of the old nurse, Death.