"On The Hurry Of This Time"

Recently, I have seen a spate of articles about the adverse impact that technology (e.g., the Internet, PDAs, etc.) may be having upon us.  In particular, there has been much talk of the impact of these things upon our attention spans and our reading habits.  Because I am a Luddite by temperament, I tend to sympathize with these sorts of concerns.  (Given the fact that I am writing these words on a blog, I realize that charges of hypocrisy may be in order.)

However, part of me realizes that we need to put these concerns into perspective.  Not in the sense that they may not have some validity, but in the sense that each "modern" generation (or at least a portion of that generation) believes that things are moving too fast and that the world is undergoing a unique technological transformation that will permanently change (for the worse) humanity.  In other words, a portion of each "modern" generation feels that the world is going to Hell in the proverbial handbasket. 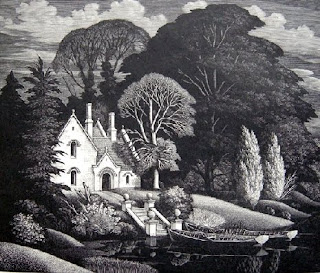 George Mackley, "The House by the Lake"

[A] multitude of causes, unknown to former times, are now acting with a combined force to blunt the discriminating powers of the mind, and unfitting it for all voluntary exertion to reduce it to a state of almost savage torpor.  The most effective of these causes are the great national events which are daily taking place, and the increasing accumulation of men in cities, where the uniformity of their occupations produces a craving for extraordinary incident, which the rapid communication of intelligence hourly gratifies. 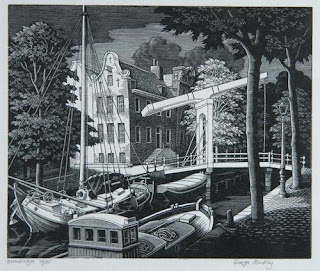 On the Hurry of This Time

With slower pen men used to write,
Of old, when "letters" were "polite";
In Anna's, or in George's days,
They could afford to turn a phrase,
Or trim a straggling theme aright.

They knew not steam; electric light
Not yet had dazed their calmer sight; --
They meted out both blame and praise
With slower pen.

Too swiftly now the Hours take flight!
What's read at morn is dead at night:
Scant space have we for Art's delays,
Whose breathless thought so briefly stays,
We may not work -- ah! would we might! --
With slower pen.