John Ruskin could be a bit obsessive, as well as a bit prickly.  Take, for instance, the subject of "stationary clouds":

When, in the close of my lecture on landscape last year at Oxford, I spoke of stationary clouds as distinguished from passing ones, some blockheads wrote to the papers to say that clouds never were stationary. . . . Those foolish letters were so far useful in causing a friend to write me the pretty one I am about to read to you, quoting a passage about clouds in Homer which I had myself never noticed, though perhaps the most beautiful of its kind in the Iliad.  In the fifth book, after the truce is broken, and the aggressor Trojans are rushing to the onset in a tumult of clamour and charge, Homer says that the Greeks, abiding them, "stood like clouds."

The Storm-Cloud of the Nineteenth Century, The Works of John Ruskin: Library Edition, Volume XXXIV, pages 11 and 12. 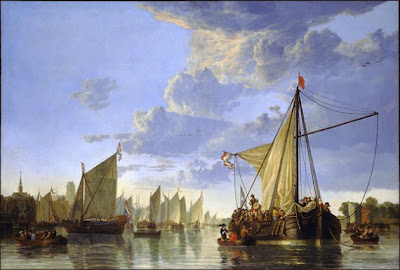 Ruskin then silences his critics by quoting his friend's letter:

"Sir, -- Last winter when I was at Ajaccio, I was one day reading Homer by the open window, and came upon the lines -- 'But they stood, like the clouds which the Son of Kronos establishes in calm upon the mountains, motionless, when the rage of the North and of all the fiery winds is asleep.'  As I finished these lines, I raised my eyes, and looking across the gulf, saw a long line of clouds resting on the top of its hills.  The day was windless, and there they stayed, hour after hour, without any stir or motion.  I remember how I was delighted at the time, and have often since that day thought on the beauty and the truthfulness of Homer's simile.  Perhaps this little fact may interest you, at a time when you are attacked for your description of clouds.  I am, sir, yours faithfully, G. B. Hill."

Ibid, page 12.  Thus ends the dispute over whether clouds can indeed be stationary!  (An aside: "G. B. Hill," the letter-writer, is none other than George Birkbeck Hill, the Samuel Johnson scholar who edited numerous excellent editions of Johnson's works during the 19th century.) 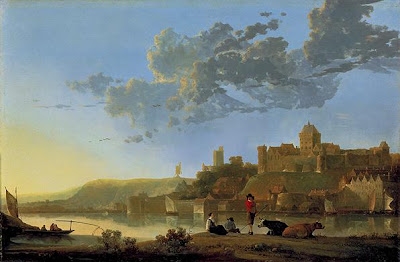